On Saturday several of us had our first visit to the Portobello boatbuilding workshop. It’s not nearly as grand as the Newhaven skiff building palace – but it’s local, dry and big enough.Nick and Andrew had already built the building frame and cut out all the parts of the kit. 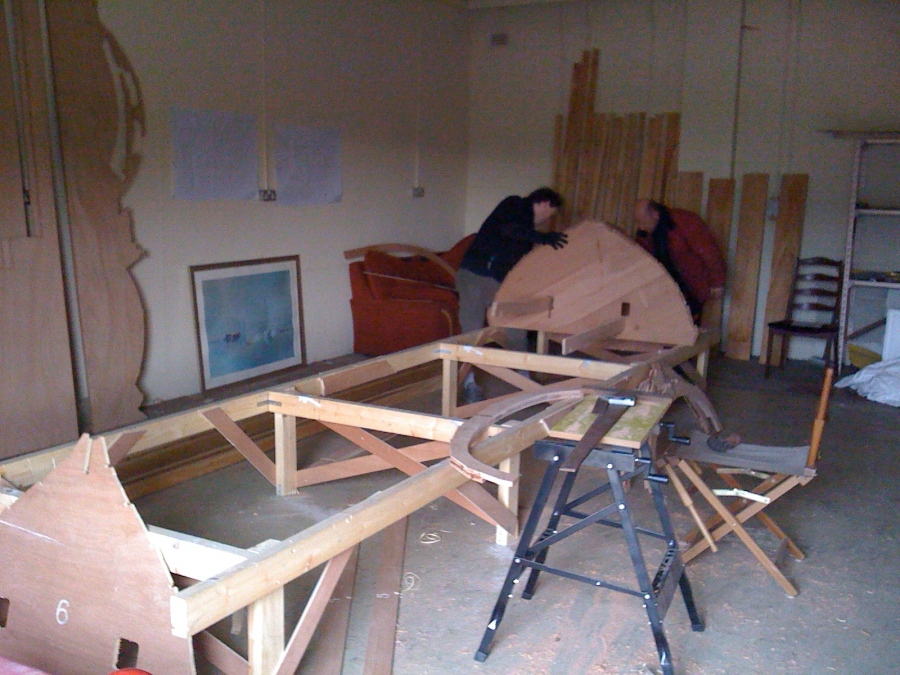 We started fixing the moulds – over which the boat will be built – to the frame. 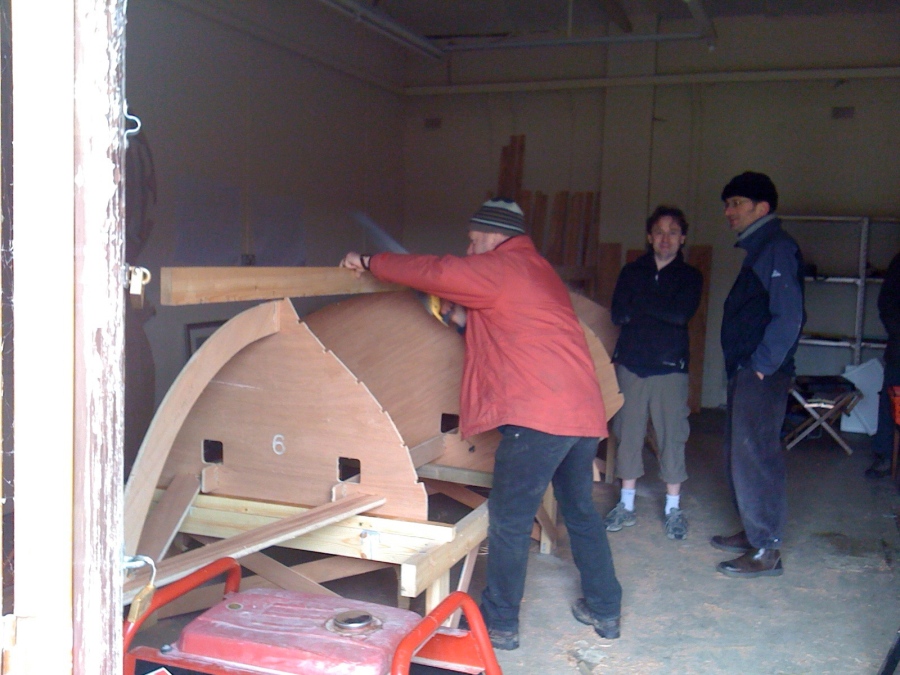 An hour later all the moulds were temporarily fixed – they still need to be carefully levelled and screwed. This picture was supposed to show all the moulds in place – but Andrew insisted on an action shot.