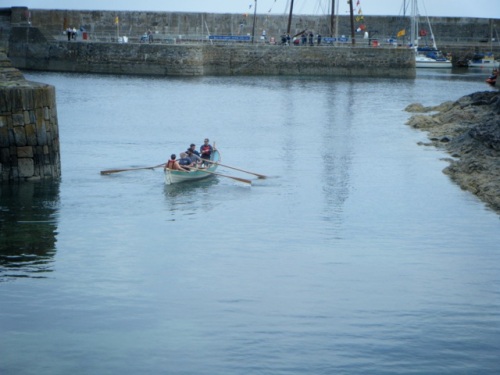 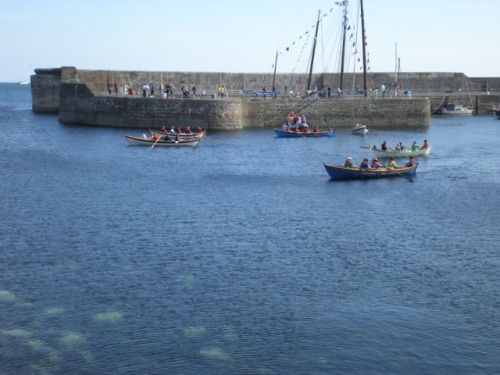 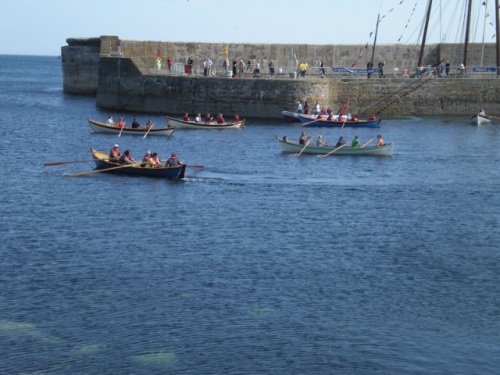 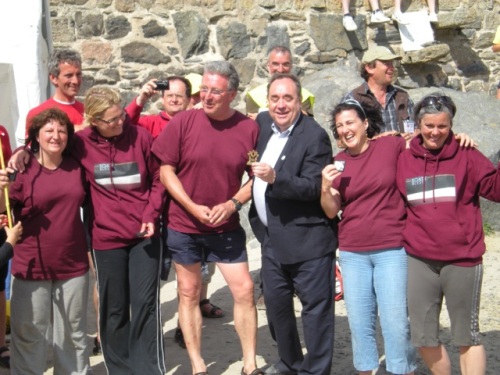 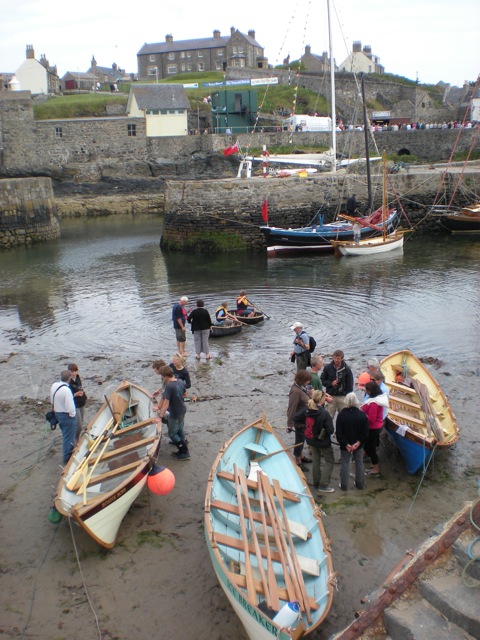 There was an exodus from Portobello to Portsoy on the last weekend in June for the Portsoy Traditional Boat Festival. This included races for the St Ayles Skiffs of the Scottish Coastal Rowing Project – so Icebreaker was there, along with five other skiffs from coastal communities across Scotland – neighbours Port Seton/Cockenzie and North Berwick; from across the Forth, Anstruther and from the west Ullapool and Achiltibuie.
The Skiffs and their races added an extra dimension to the festival and the organisers want us back – plus all the boats under construction – for next year.
All the Skiffies and followers had a great time, despite Icebreaker not winning a single race – apart from an unofficial over 60s race! The overall winners were Port Seton, who won all races but one (North Berwick). Prizes were awarded by Alex Salmond, First Minister.
The last picture shows some apres-skiff activity – a close inspection of Port Seton’s winning craft Boatie Rows.